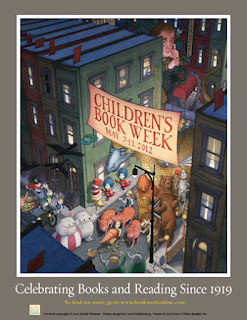 
1.  Stop by the library to check out some great children's books.

2.  Contribute to our display in the library.  Print one of the story starters below, create your own ending, and turn it in to the library.  We'll post the stories for everyone to read during Children's Book Week.

You will need Adobe Acrobat Reader to view these stories.